a revolutionairy therapy in the treatment of cancer

Cancer is the most important problem in medicine, not only because of its size, but especially because of the long symptomatological line that comes with this disease, especially in its more advanced phases, and the state of extreme psychological suffering which both the patient and their relatives are victims of.

Cause of cancer is still unknown

It is no coincidence that the American president Richard Nixon in far-off 1971 proclaimed a real war against the “disease of the century”. Since then, this war has absorbed, worldwide, a quantity of economic, scientific and human resources which exceeds the limit of any imagination, but the results – it is useless to hide it – are a failure. Apart from the continuously renewed commitments, the repeated promises, and the supposedly miraculous most recent findings, there is very little that is concrete: the cause of cancer is and remains unknown.
READ MORE…

The fundamental reason and the motives that suggest a therapy with sodium bicarbonate against tumours is that, although with the concurrence of a myriad of variable concausal factors – the development and the local and remote proliferation of these tumours has a cause that is exclusively fungin. At the moment, against fungi there is no useful remedy other than, in my opinion, sodium bicarbonate.
READ MORE...

After many years research I have come to the conclusion that cancer is an infection and actually a fungal infection.
I have never believed that genetics lies behind the occurrence of cancer. I came to this conclusion, and long-term research and successful results support my theory that cancer is caused by a fungus, in particular the Candida fungus in all its variants.
READ MORE...

Candida causes fungal infections and tumors in man. It is always Candida because all other fungi are family of Candida.
The fungi that threaten people may differ by about 2 to 5 percent. Fungi must have the same genetic structure in order to be able to attack the human kind. The variants depend on the difference in human tissues. But it is always a Candida fungus that causes tumors in humans.

Fungal infections have been known for years. The Candida fungus is always found in cancer patients. This type of fungus is found in about 97 to 98% of cases. All research points to the presence of the Candida fungus. What matters is the correct interpretation.

What is important is the correct interpretation. Candida in cancer patients is usually interpreted as a consequence of the weakening and of the exhaustion of the organism because of the new and abnormal growth.
It is not correct to think that the cancer comes first, and then the Candida. My supposition is that the Candida is present first, penetrates the organism and causes the tumor. The Candida fungus is already there. So candida is not a post hoc but an ante hoc cause.

In the case of skin cancer and psoriasis I have developed a different protocol. I hereby do not use Sodium bicarbonate, but kill the fungus with iodine tincture in a solution of 7%. Using this protocol, good results are achieved with topical cancers. When the cancer is based deeper in the tissue, injections of sodium bicarbonate around the cancer could be neccessary.
PROTOCOLS…

READ ALL ABOUT THE SIMONCINI THERAPY ON SIMONCINICANCERTHERAPY 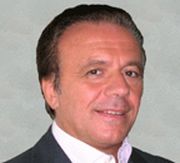